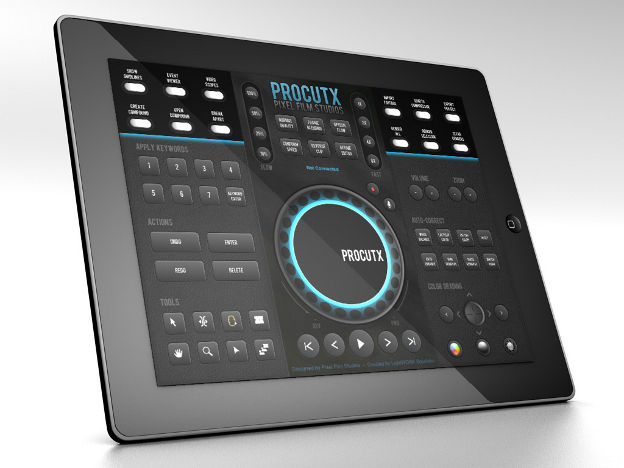 Tell us a bit about yourself and your work.

My name is Jon Beebe, I’m an iOS & front-end web developer. From a user’s perspective I remove worry from their lives and replace it with hope. From a technical perspective I bring business ideas to life on real devices, through code.

Can you tell us more about your app design process?

ProCutX was designed back in the days of iOS 5 & 6, relying on visual cues from real hardware. We spent time researching buttons, knobs, and switches found on real audio/video control boards, studying their sounds, look, texture, and feel.

My focus was primarily on taking the photoshop images I was given and bringing them to life in Objective-C.

The process was going to be simple:

With PaintCode the lines between prototype and release blurred.

Where does PaintCode fit in?

I became aware of PaintCode shortly before beginning ProCutX so it was top-of-mind as I started. I spent the early days using PaintCode to mock up the interface in code so I could attach gestures and sounds to them in our prototypes. At first I did not intend on using PaintCode in the final product. However the prototypes worked so well we kept pushing forward with it.

With PaintCode the lines between prototype and release were blurred, since I was able to use much of the prototype GUI in the real app.

What did you do differently without PaintCode?

Without PaintCode I either write the drawing code by hand, which is incredibly tedious, or resort to using images. Neither of these was ideal since they require alot of work to maintain and change.

Not to mention typing drawing code does not feel as natural as drawing it onto the canvas.

Which feature of PaintCode do you like the most?

The 2 most useful features of PaintCode were the libraries of colors & shadows, and the frames & resizing constraints.

Another benefit (perhaps not a feature of PaintCode, but a nice side-effect of using it) is not worrying about retina/non-retina screens.

How do you think UI design on Mac will evolve in the future?

I look forward to a project where I can use WebCode :)

Thanks for your time, we can't wait to see what you come up with in the future!

Have you made a great app using PaintCode? We'd love to hear about it! Contact us at support@pixelcut.com.