This post is a part of series PaintCode Power User.

One of the defining features of PaintCode is Library. It brings flexibility to your drawings and makes it trivial to experiment with your designs. In previous posts I wrote about tips for Colors and Gradients, so now I will focus on Shadows. 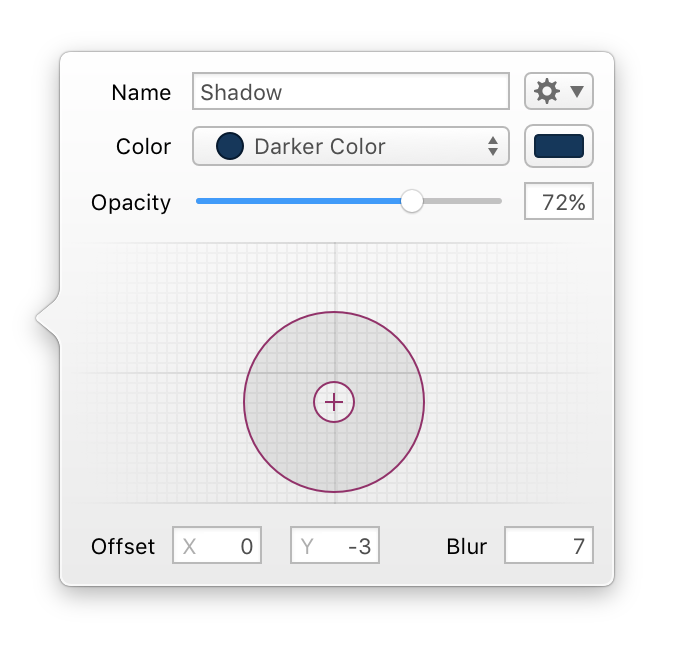 Every Shadow has its own opacity that’s independent from opacity of its Color. Since Shadows usually have transparency, this avoids the need to create transparent derivations of your Color. These two opacity values are multiplied to produce the final opacity. For example, if Color has opacity 80% and Shadow has 50%, the result will have opacity 40%.

They are visible in Inspector only if they make sense. For example, text shadows can be set only if the Shape has text. Shadows typically respect opacity of the shape, so less visible parts cast softer shadow.

Shadows in physical world are everywhere and they allow us to perceive depth. This is especially important with computer screens, which are inherently flat. Even a subtle use of shadows can turn a label into a button.

To learn more about Library Shadows, read our Shadows documentation.