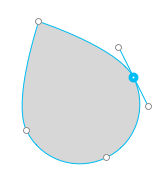 Caution: moving the cursor before releasing the mouse button will make the line curved, not perfectly straight.

You can always create a straight segment (or a curved segment with only a single curve handle) by releasing the mouse button without moving the cursor. 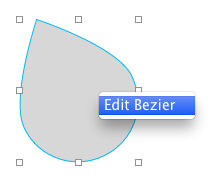 Béziers that are not closed can be extended from both ends. To extend a bézier:

Adding a new control point in the middle of a bézier 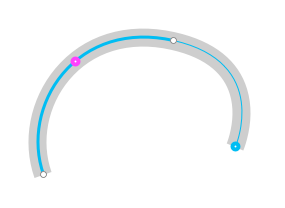 To add a new control point in the middle of a bézier, simply click at the point where you want to add the new control point. This will split the curve at that particular point to two curves, maintaining the original curvature.

By default, when you add new control points, they try to snap (vertically and horizontally) to other control points of béziers. To suppress this behavior, hold down the COMMAND key.

PaintCode will also try to place the new control points at coordinates that would ensure that the shape stays sharp, properly aligned in to the pixel grid. If you do not want this behavior, hold down the CONTROL key to place the point anywhere you want. Somewhere between these behaviors is the OPTION key - it forces the coordinates of the new control point to be either integer points or half-points.

Often it is very useful to draw precise horizontal, vertical or diagonal lines. To restrict the position of the new control point to better draw these lines, hold down the SHIFT key.

You can move individual control points around by dragging them. PaintCode will help you draw sharp drawings by aligning control points to certain positions. This behavior depends on your stroke and stroke width settings, so it is always a good idea to set these settings to final values before moving the control points.

Don't worry, even if you forget to do so, you can always fix it later. But if, for example, you draw your bézier with stroke width = 1, and later change it to stroke width = 2, your drawing will not be as crisp as it could be. To fix this, you will have to readjust the control points manually, since PaintCode does not automatically rearrange all control points when you change the stroke settings.

Without any modifier key pressed the control point will be “crisp” at the new position (by snapping to the nearest “crisp” coordinate).

With OPTION pressed, the dragged control point will lie in the half-point grid when released.

With CONTROL pressed, the snapping behavior of the dragged control point is suppressed entirely - the control point will be at an arbitrary position when released. 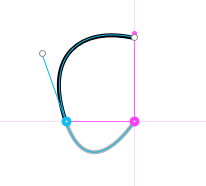 The dragged control point will also snap to coordinates of other control points to help you out. However, you can turn this behavior off by holding down the COMMAND key. 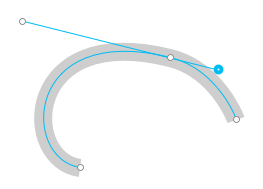 Curve handles can be adjusted by dragging them. If the control point and both of its handles are aligned, the opposing curve handle will move together with the handle you are dragging to preserve the alignment. To suppress this behavior, press OPTION while dragging.

On the other hand, if the control point and its curve handles are not aligned, the handles will move independently. In such cases, pressing OPTION will force the opposing handle to align.

In order to snap curve handle to horizontal, vertical and diagonal lines, press SHIFT while dragging it.

To remove a curve handle, select it by clicking on it and press DELETE or BACKSPACE. 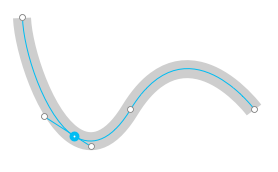 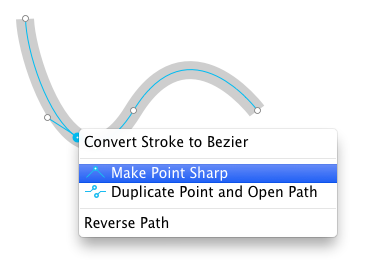 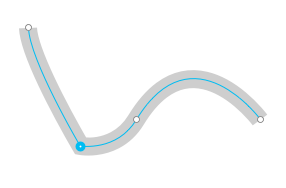 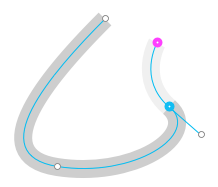 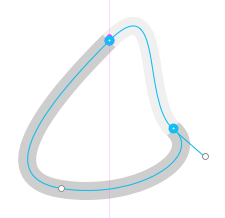 Aside from controlling the curvature around the control point, the control point's contextual menu provides you with several other handy features for removing control points, opening the path, duplicating a control point and even reversing the direction of a contour, which is useful when you use PaintCode to generate bézier animation curves. 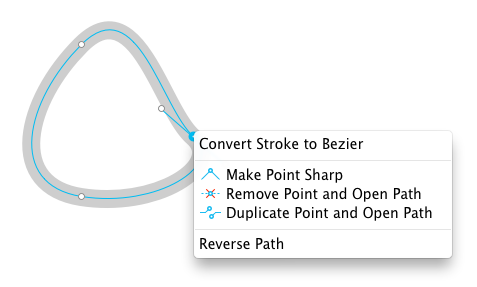 Individual segments of the bézier also have their own contextual menu. The actions in this menu let you remove the segment or split it at an arbitrary point. 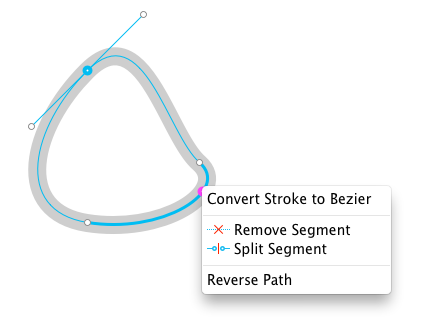 PaintCode supports 3 boolean operations: union, intersection and difference. Using them is simple. First, select two or more shapes from the Canvas. Then, click on the desired operation icon in the toolbar or use one of the “Selection / Union”, “Selection / Intersection” and “Selection / Difference” options from the application menu. 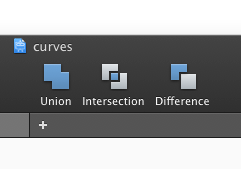 PaintCode will create the resulting shape. This shape will take its appearance settings (such as stroke, fill, ...) from the bottommost original shape. All original shapes will remain intact. 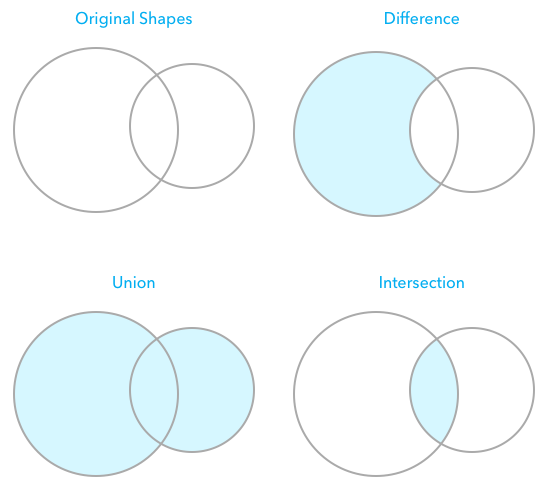 Applying transform to a bézier 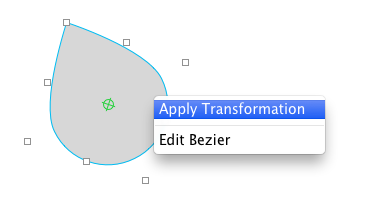 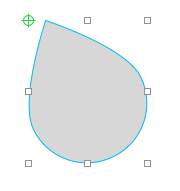